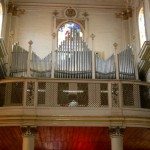 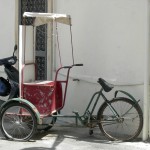 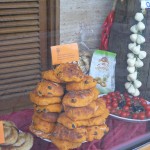 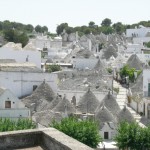 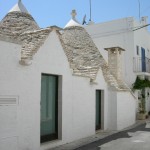 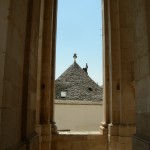 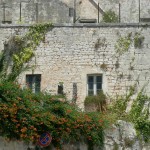 Allora oggi . . . we are lingering in lovely Lecce where it is said that the heat of July and August makes it too hot to move.  I can attest to the truth of this declaration.  Although it is quite hot (102 Fahrenheit today) both the Adriatic and Ionian seas entice the most reluctant to swim in the refreshing blue green water.  The beauty of the coastline along with the predominantly Baroque architecture of the ancient centro, the city’s history, the Duomo, museums and shopping help to make Lecce an astonishing location.  Another lovely surprise is the lack of crowds.  We meandered into the Duomo earlier today without any waiting.  Next we visited the adjoining museum where we didn’t encounter another visitor during our tour of the religious sculptures and paintings.  As we walked into the Duomo this morning the magnificent pipe organ was being tuned up and played.  I wanted to shout to the organist and ask if he took requests but reconsidered – my Italian repertoire does not include asking for The Music of the Night.  We did capture a brief audio of the organ which I have posted (oops didn’t work-I’ll try something later) along with a few randoms shots of Lecce and the surrounding area.  Restate sintonizzati . . .