Allora oggi . . . one of my favorite things about travelling is having unique experiences, “occasions” that do not normally happen for whatever reason.  Some of these “occasions” or lack there of are due to cultural particulars.  For example, today while walking around Firenze, after surviving my first week of language school, an Italian woman approved of my outfit and told me so, a complete stranger! This NEVER happens.  Sure occasionally a friend or my spouse will tell me they like a particular outfit but seriously, I do not remember the last time a stranger, who was not trying to sell me something, offered up a compliment.  Actually, stranger praises pretty much evaporated after moving to California 13 years ago, there is something about California where folks do not engage with unfamiliar people in a complimentary fashion. So the other super cool thing that happened this afternoon is that I passed as Italian, well . . . at least until I spoke.  While browsing around a fabulous Firenze leather store one of the men working there asked me IN ITALIAN, by the way, if I was ITALIAN!  This question made my week; apparently I am blending in enough that the locals speak to me in Italian.  And then again, while returning to my Italian digs, I received another flattering comment in Italian from an Italian man and it was not even creepy.  Maybe it was creepy, but since he spoke in Italian and was dressed in an impeccable suit, it did not seem creepy. 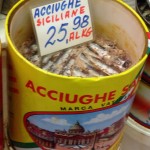 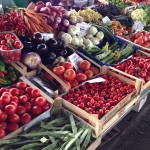 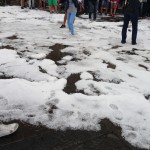 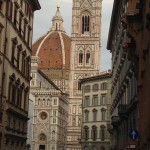 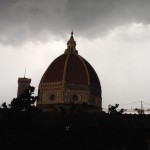